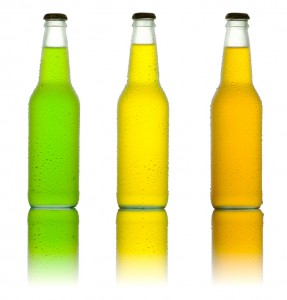 When it comes to beverages, children should be drinking water regularly. However, there are many other drinks on the market, including soft drinks that seem to be favoured over water.

A study published in the American Journal of Public Health found that more than half of Australian children aged 5-16 years old consumed one or more soft drinks per day! This is far too much considering that a 600mL bottle of soft drink contains no nutritional value, around 900kJ and 13 teaspoons of added sugar.

While the body requires some sugar, excess intake can increase the risk of Type 2 diabetes and weight gain. It is also a concern if these nutrient-poor drinks replace the intake of foods from the five food groups. While there can be fewer kilojoules and added sugar in diet varieties, they can still be detrimental to bone and dental health as they are quite acidic. Carbonated beverages should not be an everyday drink choice. Keep them for special occasions if at all.

Calcium is a vital nutrient, especially for children in the stages of early childhood when bones are growing. Most soft drinks (including diet varieties) contain phosphoric acid. This stops the drink from going flat and provides a tangy flavour. However, phosphoric acid also leaches calcium from your bones causing them to weaken, become brittle and prone to fractures over time.

The NSW Schools Physical Activity and Nutrition Survey (SPANS) found that school-aged children are not meeting their daily requirements for dairy. Often if a child drinks soft drink regularly they will be consuming less milk or milk alternatives. This coupled with the high levels of phosphoric acid being consumed, paints a bleak picture of the bone health in our children.

The acid in both regular soft drinks and diet varieties causes tooth decay as it removes the protective enamel that coats our teeth. It has been found that children who consumed three or more cups of soft drinks a day were 46% more likely to have decayed or missing baby teeth. The Australian Dental Association recommends limiting soft drink consumption for this reason. Straws should always be used to drink soft drinks when they are consumed, and children should be encouraged not to swish it around in their mouths to prevent contact with their teeth.